New Year’s Eve at Times Square in New York City definitely comes to mind…and I never ever had a desire to be there.

Why, you ask? Because it looks like my worst nightmare.

I like to get loose every once in a while – just not with everybody, especially amateurs. This is something I’ve always known without previously experiencing such a hellish ordeal firsthand until…

Nobody drugged me, tied me up, and strapped me to a bright green party bus covered in leprechauns that said, “Honk if you’re after my lucky charms”.

I went there voluntarily, on my own accord. (Damnit.)

So, how did this happen? How in the hell did I end up in the second most popular U.S. city for St. Patty’s Day debauchery?

We needed a getaway, and luckily for us Milwaukeeans, Chicago is a hop, skip, and a jump away. The logistics of St. Patty’s Day didn’t resonate with us as we were arriving the day before, and we wrongly assumed we would be safe.

We seriously thought Chicago would be romantic. 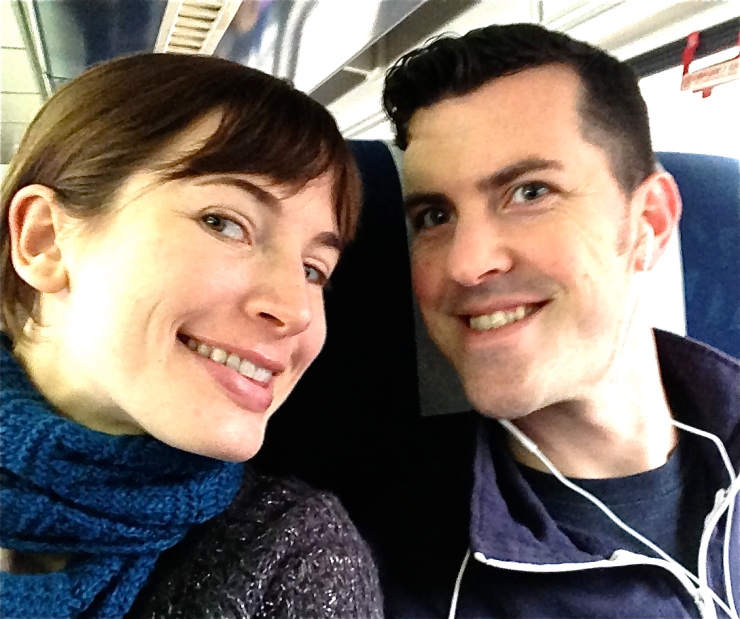 My book I’m currently working on, The Bra Game, takes place in 1950s Chicago. And what better way to do research than to immerse yourself in the chosen setting? I imagined myself pointing at a beautiful monstrosity of a building and jotting down the surrounding street names just so I could include the moment in a future scene.

I seriously thought Chicago would be inspirational.

Romantic? Inspirational? Oh, how naive I was.

Twenty-somethings ran amuck like it was their last day on earth and the only way to ease the pain was to drink everything in sight.

Thankfully, I didn’t see any of them leaning over the side and lapping up the frigid, green river…

In fact, I believe their day started very differently than ours.

First and foremost, we showered. We ate breakfast. We dressed in chic outfits, which were warm and practical.

They rolled out of bed with glee…no time for cleanliness. They guzzled their cheap beer breakfasts. They layered on their emerald adornments: antennas, tutus, glitter, hats, and foul t-shirts.

Most did not bother with coats, therefore frozen arses were out in full force. And it was bloody cold, you guys.

These dense hooligans wandered into you like it was acceptable, stepped on your feet for sport, walked in front of cars to look cool, and picked fights in the middle of busy intersections even though they threw wimpy punches.

I found out that my great-grandmother’s last name was McSperitt.

And, Britt McSperitt was one pissed off lassie.

The shouting and belching echoed through the city like someone just learning to play bagpipes, overshadowing the intermittent hum of the “L” and the rhythmic tooting of the buses with the most horrendous sounds.

When you’re worried about some clover clad half-wit spewing on your arm, the romance is gone…long gone. And, any daydreaming about my lovable novel was replaced by a basic need for survival…survival of the fittest.

But, something magical happened after we found refuge in a pizzeria for lunch and the parade fizzled out.

The windy city blew the lightweights away to their questionable hostels and their stained apartments, to either land spread eagle on the floor, profess their undying love to the toilet, or in many cases…both.

They looked like this at Union Station the next day… 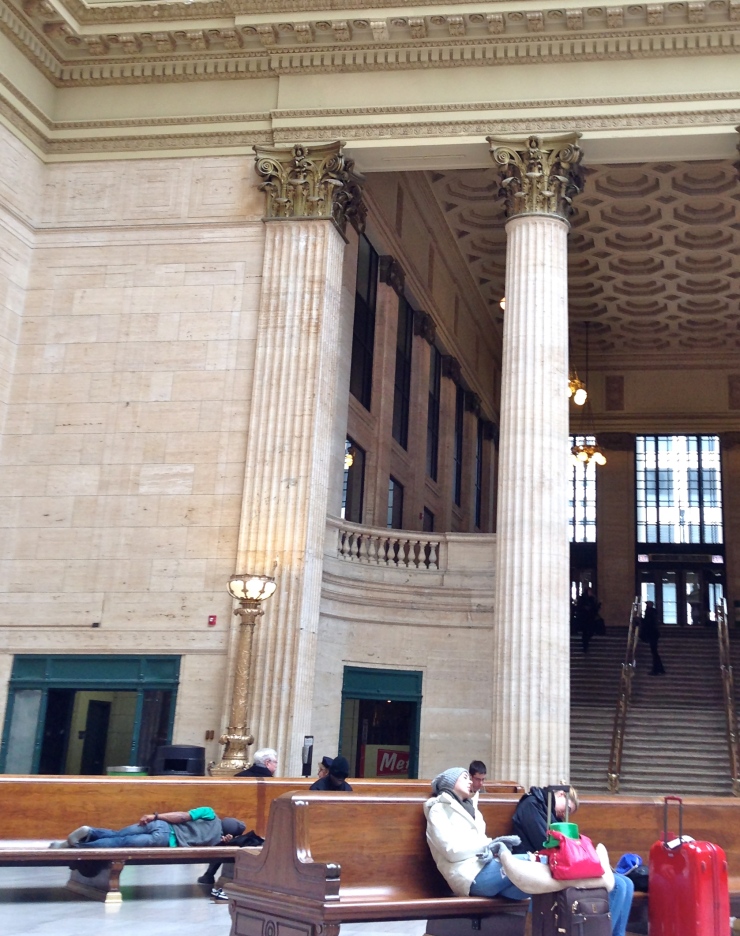 And I, Britt McSperitt, lived to tell this spirited limerick of shamrock shenanigans in Chicago.

Stay tuned for the second part of my weekend trip…Chicago: Beyond the Shamrock Shenanigans.

22 thoughts on “Chicago: In the Throes of Shamrock Shenanigans”