That’s a bunch of BS, really. There’s no way to experience this skyscraper wonderland in less than eight hours.

What we commonly call Chicago comes from the Native American Chicagoua, a word often debated as meaning either garlic or onion. (And, you thought you’d never learn anything on this blog. Shame on you.)

Either way, it’s the stinky veggie we all tend to love.

Normally, I’m the non-tourist type. Mr H. and I blend in with the locals, keep a low profile, and leave the fanny packs at home. Kidding, kidding. We do not own fanny packs.

So, last Saturday I gave Chicago in a day the old college try.

My super awesome sister was visiting from North Carolina, and it was her first adventure in the mid-West. We braved the back and forth trip to the city via Amtrak from Milwaukee.

And, we got down with our tourista selves.

In fact, we may have gone a bit overboard with our tourista selves… 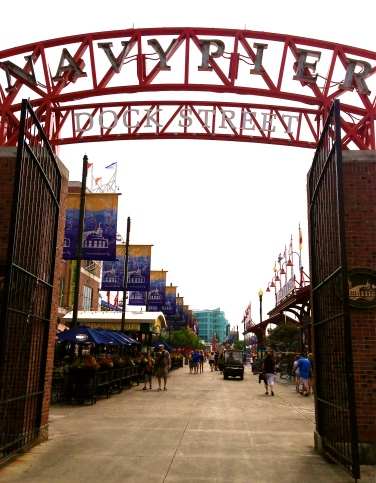 The Navy Pier is one of those places you’ve got to go to once…and, probably only once. This picture was taken first thing in the morning just before the salivating mobs invaded. There may be other things to see there, but I couldn’t tell you. My sister grabbed some goofy souvenirs and we freaking ran. 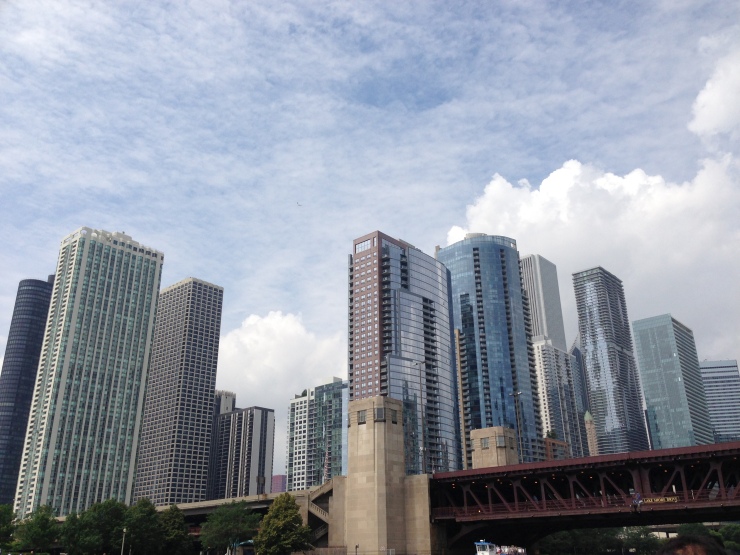 Ah, the Chicago River cruise. That fleeting adventure I could never embark upon during my previous trips, because the damn river was either frozen or green. You’ll drop a handful of bucks to take an architecture tour, but as you can see from the pictures, it’s lovely. Absolutely lovely.

The Chicago History Museum is pretty low on the totem pole as far as museum popularity is concerned in the Windy City. I’m more of a history gal, so this was my kind of place. The coolest thing was the L train from 1893, where you can actually go inside, have a seat, and hang out. I took the interactive option a little bit too far throughout the joint as you can see. 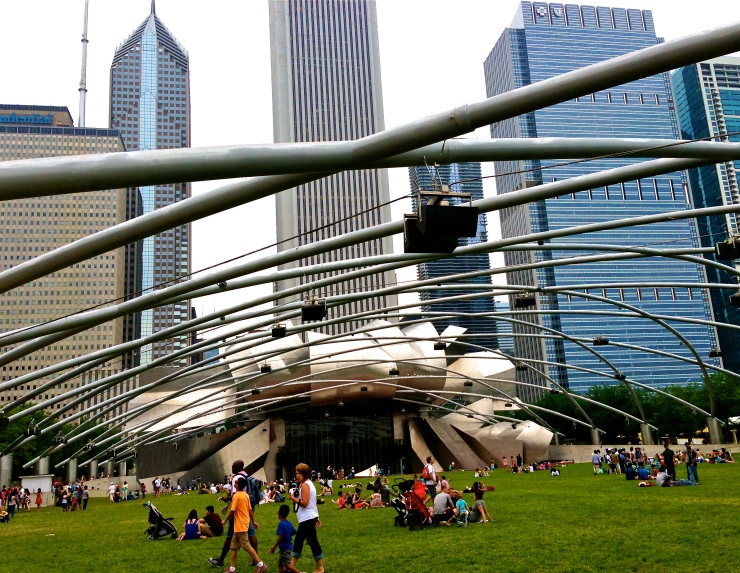 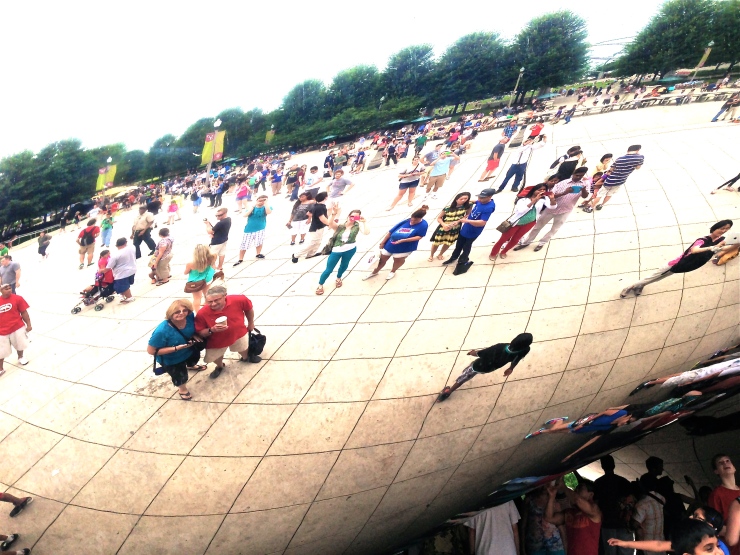 Millennium Park is Chicago’s very own Central Park. As this was our last stop on our tourist assault, it was refreshing to see both natives and rubberneckers alike kicking back, enjoying the space, and playing with the Cloud Gate sculpture. (I called it the shiny turd. But, that’s just me.)

How about you guys? Have you ever tried squeezing every damn thing you can think of in one day of travel?