We lose change all the time: between the car seat and the console, next to a tattered gum wrapper; underneath the worn couch cushion, next to a congregation of pet hair and crumbs; upon the cracked sidewalk, next to a discarded cigarette stained with lipstick.

It’s an elusive being, almost obsolete in this age of plastic money. Yet, it’s still poignant enough for us to need it in our high tech, modern lives.

But we trudge on, forgetting that we ever lost it, and settle into this billing cycle. The days turn into nights, the nights turn into days – time passes like currency, switching from hand to hand, traveling far and wide.

You know something needs to give, but your mind clings onto every last cent of stubborn greed. Even though you would think this mind would be wealthy, rich even, alas it is penniless – it is broke.

In a way I was like the change, rolling and rolling until I hit a wall and was forced to stop.

A month ago, at the beginning of 2013 to be exact, my life became unexpectedly different.

Officially, I am no longer a dance teacher, and no longer a dancer. Gone are my days of barres, mirrors, leotards, and constant perfectionism. Truth be told, I never had the enviable turn out, the prized high arches, or the skin and bones physique.

Without going into a lengthy conversation, let’s just say my direction was intercepted by change. I’ve been a dancer for 23 years, a dance instructor for 10 of those.

And, call it the end of an era if you want, but maybe it’s more simple than that…I found some change.

Being a dancer often comes with a strange responsibility, where others view you as that – and only that. Perhaps it is the beauty of movement which makes people respond this way, but there was always this image associated with me and I often felt stuck in it.

A few years ago, Yoga nestled into my life quite purposefully, and brought so much healthy wealth to my life that I even decided to pursue my teaching certification this year.

After all, teaching is my heart.

If you’re not skinny enough, get skinnier. If your leg doesn’t go that high, get it higher.

And, it is that nourishment of the uniqueness I craved so deeply which finally settled what I owed myself. It slowly moved me away from the way I had always moved, as a dancer.

Truthfully my catchy little tagline – writer. dancer. life enthusiast – has been staring me in the face for several months now, perhaps since its inception. Now that I am moving on from that lifelong part of me, it doesn’t make sense to identify myself in the same way. 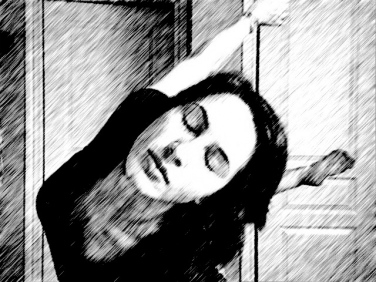 Dancer. Yes, I once was that.

Life enthusiast. Yes, I will always be that.

I don’t know if I found change or if it found me. Either way I am truly humbled by this profound pirouette in my life.

I stand here with my pockets turned inside out – empty, but open and full of grace – and ready to be filled with change.

35 thoughts on “I Found Some Change”