And because it’s my home, it makes me sad when I hear so many misconceptions.

Growing up, whenever I visited another state, others assumed I was an actress or a surfer. Those were my two options and anything else was inconceivable.

A famous city like LA is vulnerable, judged as overrated when in fact…it’s underrated.

Since leaving in 2001, I’ve lived all over the US and traveled internationally. Not once have I found a place like Los Angeles.

For our ten-year anniversary, Mr. H and I decided to take a California road trip. He had never been to Hollywood or Venice Beach, never seen my hometown of Azusa in San Gabriel Valley. 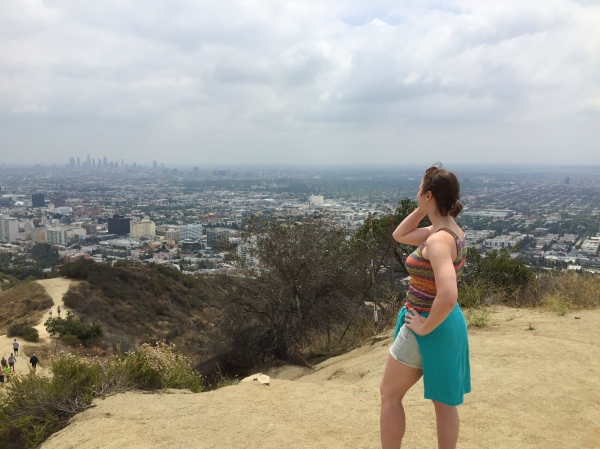 After all of these years of marriage, I was nervous about what he would think. I knew Mr. H had preconceived notions just like anyone else. It’s impossible not to have them.

But LA got him too. 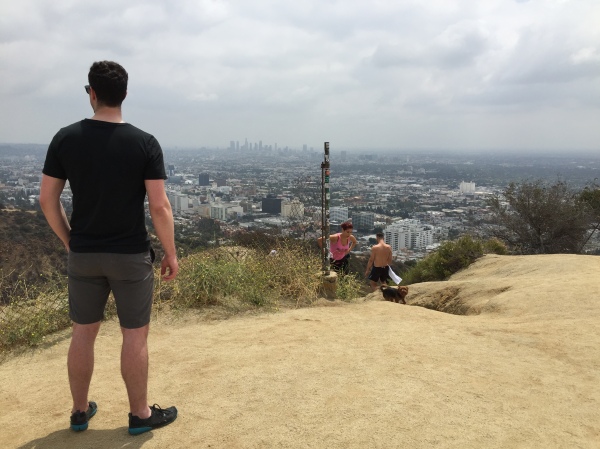 After a pitstop in Monterey on the coast, we took the 101 down. Picturesque dry valleys dominate the scene until you pass San Luis Obispo and catch a jaw-dropping vision. The Pacific Ocean, the gateway to Southern California.

The moment you roll down your windows and feel that salty breeze whipping through your hair, there’s no better feeling in the world.

Traffic is inevitable and even on a late Saturday afternoon, we ran into some. But when you’re on vacation and the windows are down with perfect weather, how bad can it be?

They say if you can drive in LA that you can drive anywhere. People can drive, because they have to. A car culture through and through, you need to know how to handle gridlock, parallel park, and haul ass so you don’t get run over.

As a bike commuter for six years, I now tend to get skittish and claustrophobic in cars. But oddly, in Los Angeles I felt fine. 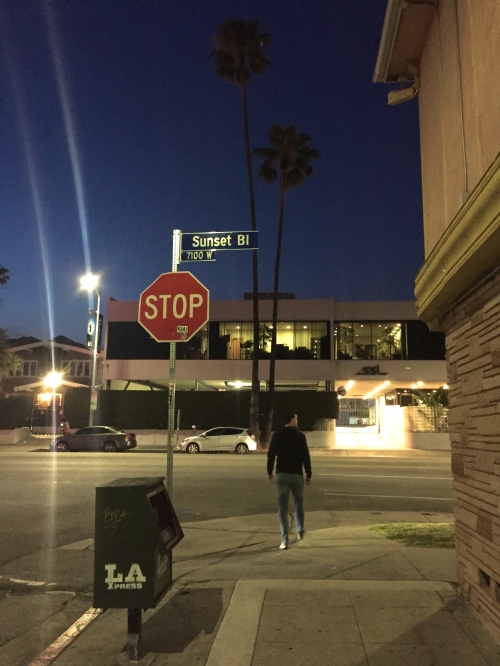 We stayed in a bungalow right in the heart of Hollywood. Though walking is an anomaly in most of the city, there are in fact, walkable sections and public transportation.

My favorite shopping in the world, Melrose Avenue, was a little over a mile away so I braved the sidewalks. Thankfully, Melrose hasn’t changed at all. It’s still grimy and cheap, with magical finds.

Clearly, this belonged in my closet… 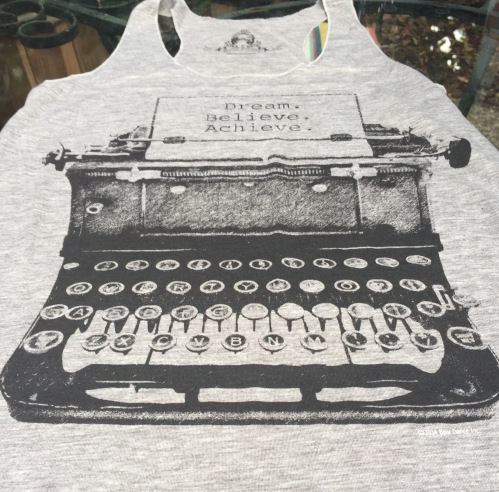 Hollywood was a central location for us, to explore the city as well as the valley and the beaches.

I’ll be the first to tell you that LA beaches aren’t pretty. I can recommend five gorgeous Orange County beaches that will blow your mind. But, I’m a sucker for Venice Beach. 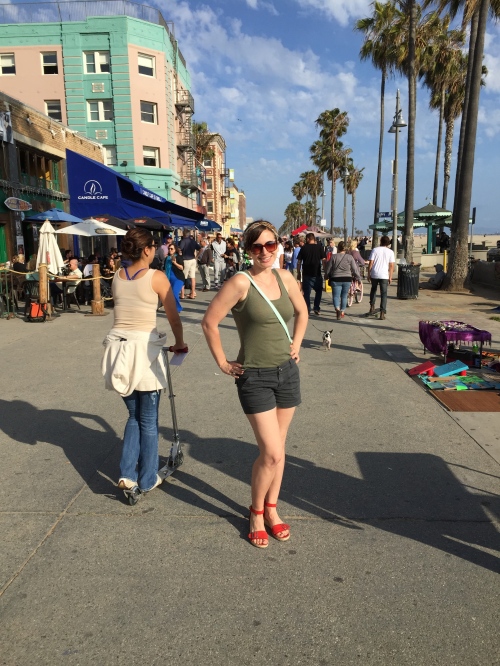 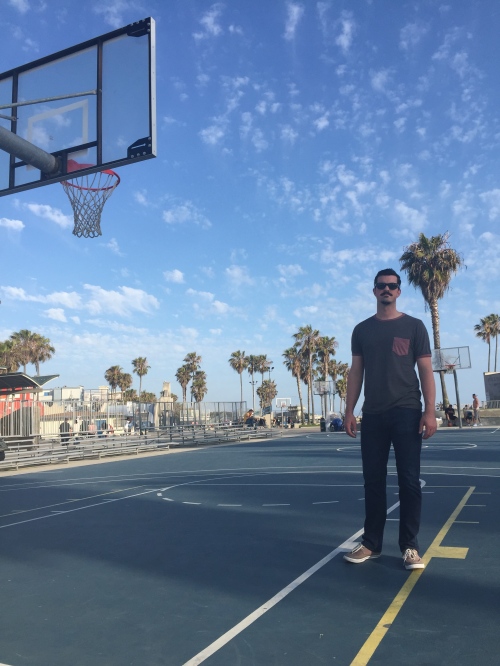 I’ve sat at sidewalk cafes in Paris, danced at raves in the desert, and braved St. Patty’s Day weekends in both New York City and Chicago. The people-watching at Venice Beach is unmatched.

Although parts of Venice have been developed and some say “yuppified”, I was relieved to see the boardwalk was just the way I left it. The ethnic drumbeats, bouncing basketballs, and crashing waves were music to my ears. 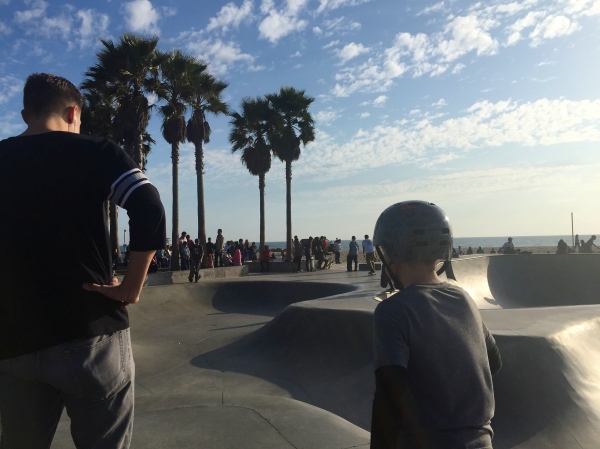 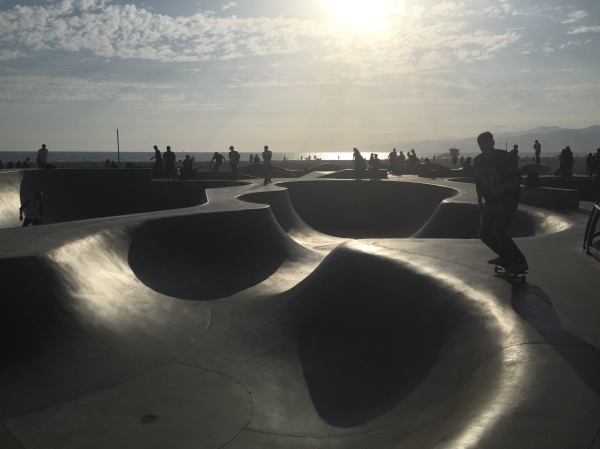 Sunset was a drawn-out event, bathing everybody and everything in that Southern California glow. Sure the pollution is gross, but it makes killer sunsets you’ll never find anywhere else.

Beyond the city and the beaches are my old stomping grounds, a place you’ve probably never heard of…Azusa.

Surprisingly, much has changed.

A Target monstrosity wiped out a couple of blocks of cheap retailers that had been there forever. A light rail track has been built as well, looking like it will operate soon.

I didn’t understand these odd additions to my little hometown until I saw the fancy neighborhoods that had sprung up.

My old condo at the base of the canyon is still there, nicer with new paint. Across the street the farm with the annoying rooster, animated pigs, and the lovely horses I used to feed apples and carrots to are all gone—displaced by generic homes with tidy lawns.

On the other side, the llamas are nowhere to be seen. More generic homes have been built around the canyon.

I was happy to see that my old spot was unmolested. I used to come here to think about things…boys mainly. So, it was fun to sit down with Mr. H at my spot. 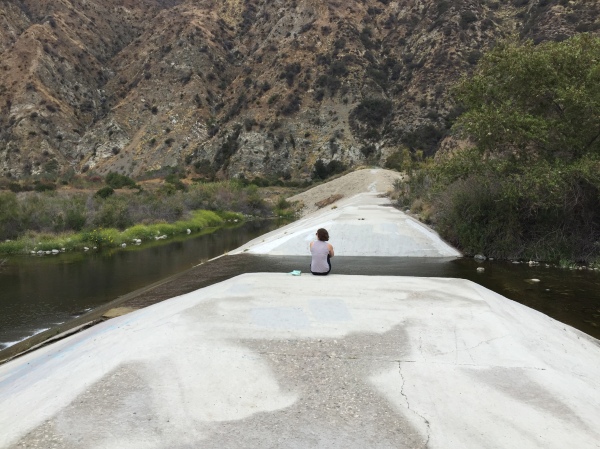 A predominately Hispanic population, I was the minority at my middle school.

With the yuppification that has taken place, I’m not sure what that means for the future of Azusa. For as long as I can remember it was unknown on the LA map, a cheaper option on decent land for families with lower incomes.

I still see some of the die-hards hanging on.

I was monumentally relieved to see my favorite Azusa restaurant, Best Teriyaki, standing strong and proud. It’s still a hole in the wall, though they have dressed up the outdoor seating a bit. And it still has the best teriyaki chicken with fries.

For old time’s sake, I had to get the side of Thousand Island for dipping. 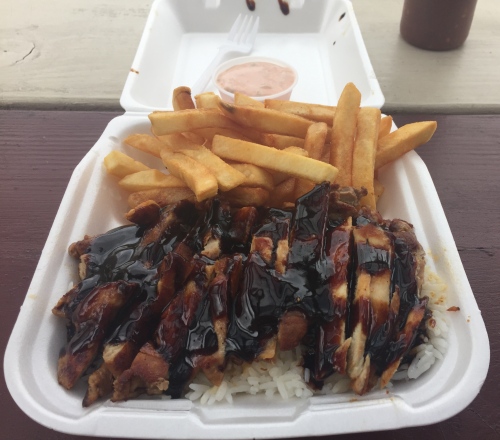 Back when we decided to move to the West Coast, it was a choice between Los Angeles and Portland. A job worked out for Mr. H and we came here instead.

We’re spoiled in Portland with our clean air and water, our edgy city and impeccable nature.

But, there’s just something about LA that I will never be able to replace. And I will forever be a champion for my beautiful gritty home that nobody understands.

Because some of us get it.

43 thoughts on “LA Gets Me Every Time”