My heart warmed when I saw them from a distance. I was on my weekly run through the city when I spotted the couple holding each other by a stoplight at a busy intersection. They were young and in love—it was only them and nothing else existed.

As I approached them, the gap closing quickly between us as I ran, the warmth slipped away. My eyes had played tricks on me. Despite the sunshine beating against my sweaty skin, I shivered. They weren’t holding each other. They were looking at their phones. 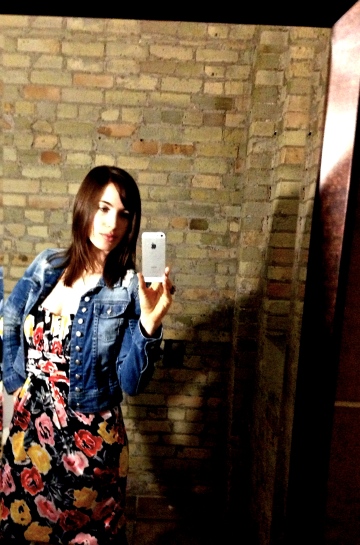 From a distance, the beautiful illusion seemed so real. The couple was positioned in such a way that they could have been wrapped in each other’s arms. He faced her and she faced him. But instead of looking into each other’s eyes, or her head resting against his chest, they were devoted to the powerful screens they held tenderly in their hands.

I ran past them, and I could feel the emptiness that shouldn’t have been there. Tears flooded my eyes and I picked up my pace to pound the image away. But, it wouldn’t go away.

“The typical American checks his or her smartphone once every six-and-a-half minutes, or roughly 150 times each day.” – Baylor University Research

That was when I realized how incredibly profound that moment was. I couldn’t remember the last time I saw a couple showing affection—it was happening less and less every year…hell, every day.

When I first moved to Portland, it reminded me of the first time I visited Paris way back in 2004—long before smartphones had taken over. For whatever reason, there are many couples here.

As a writer, sometimes I wonder if I’m being observant or theatric with these realizations in life, but I had several single friends confirm this to be true. They struggled to find a mate, because so many were already taken.

I grew accustomed to couples kissing and hugging each other in public. Springtime was especially ridiculous, with the constant ass-grabbing and ear-nibbling. I used to get annoyed with couples hiking too slowly in front of me while I was trying to workout, because they were so wrapped up in each other.

Now I don’t see it at all. I see affection for our phones instead of each other.

Some of you may remember my obsession with the bench at Pittock Mansion, which I called the Lovers Bench, and wrote several posts about two years ago. The bench made such an impact on me that it even weaseled its way into the dystopian novel I’ll be finishing very soon.

For those who aren’t familiar, there is a bench with professions of love carved into the wood at one of Portland’s most gorgeous city viewpoints. The first Lovers Bench was removed and I contacted Portland Parks & Rec to get to the bottom of it. (Yes, I will get this batshit crazy over something I care about…even when it’s rotting, vandalized wood.)

The Lovers Bench was in bad shape and they replaced the boards, much to my dismay. I was upset that the carvings were gone forever, but soon more carvings began to appear on the new bench.

Sadly, they have appeared much slower than before. Every time I visit the bench I look for them, and there aren’t very many.

I took a shot of this couple back in 2015 when I was completely obsessed with Lovers Bench, which they are sitting on here. What would they be doing now if they were sitting on that bench? Would they hold each other while enjoying the view? I’m afraid they wouldn’t, and they would stare at their phones.

What about the couple I passed on my run? Two years ago, they might have held each other—or at least looked at each other while talking.

What about this older couple I captured in Milwaukee in 2012?

Or, these two at a San Diego beach that same year? 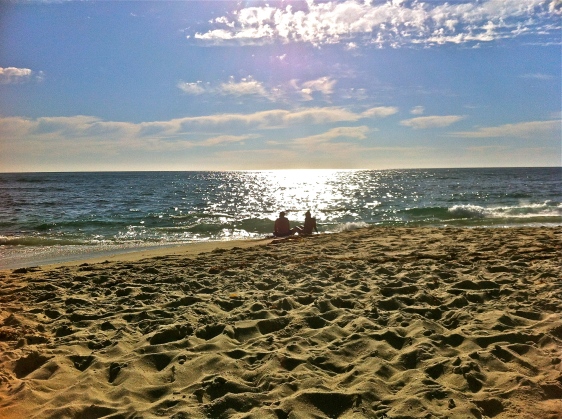 What about these newlyweds in Rome last summer?

This dancing couple on Holbox Island in Mexico a few months ago?

It makes me sad, but it also makes me aware of what I’m doing when I’m around my husband and other people.

We can all make a better effort to use our phones responsibly. There are countless articles out there with tips on how to be more present by putting our phones away. You can work with your partner, like Mr. H and I do, and commit to some ground rules—like no phones while eating, on Sundays, whatever.

We have the power to connect with others like we used to, but it takes awareness that so many of us have lost inside our screened worlds. You know our society is facing an epidemic when a kitschy term comes along.

“70% said that phubbing hurt their ability to interact with their romantic partners.” – Baylor University Research

Phubbing combines “phone” and “snubbing” to describe the social phenomenon so many of us know intimately today—when a conversation or moment is interrupted because someone chooses to pay attention to their phone instead of the life that’s happening in front of them.

Nothing is as important as each other. I think we humans all know this, even still. But we’re losing sight of it so quickly. There is no doubt that the technological wonders we hold in our hands—these smart devices that are supposed to connect us—have become the barriers that now separate us.

There is a time and a place for using technology to our advantage. I’ve certainly connected with many incredible people I would have never met otherwise, and I’ve stayed in touch with people I rarely get to see.

I’ve spent plenty of hours in the screened vortex to know that real experiences are unbeatable. You won’t miss out if you ignore your phone from time to time. But if you ignore the life and people right in front of you, you will miss out.