Once upon a time there was a girl named Britt
She was always busy, she would never sit.
She wrote, she danced, she bounced up and down
Until she chanced upon a journey to a far away town.

To a castle in the desert, surrounded by palm trees and sand
The Fairmount Scottsdale Princess Resort, the fairest in all the land.
She left her midwest village and all that she knew
Twitter, Facebook, even her little blog, too. 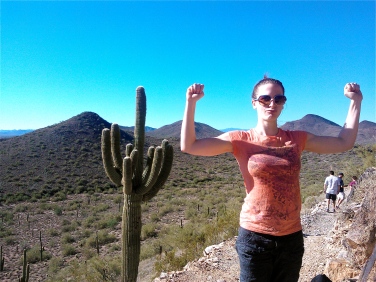 Her knight would gather at the boisterous round table
Thus fidgety Britt must play princess in this curious fable.
She tasted many things she previously thought foe
Lobster, oysters, crab legs, even escargot.

Now you’re probably thinking these creatures are not from near
But armadillos and rattlesnakes do not to royalty standards adhere.
But the manners and servants were not to her liking
Best of all was an afternoon the court spent hiking. 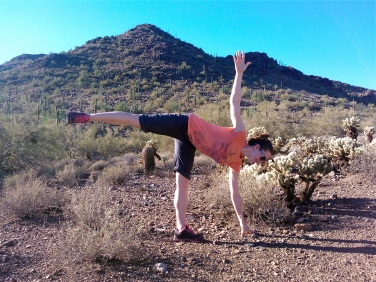 Beyond the castle, she felt more comfortable in her skin
Though the lizards shunned her, she did her best to fit in.
Alas, a feast of all feasts was planned for that night
And she said farewell to the gallant sight.

Though you would think the bruised tale happened out here
On the dry treacherous landscape, Britt had no fear.
Instead in her silken gown and heels so high
Two steps before a fountain sent everything awry.

The pain made Britt swoon but she tried to save face
Little did she know she would soon need an ankle brace.
Britt’s knight in shining armor carried her in his arms
A damsel rescued from herself and her clumsy charms. 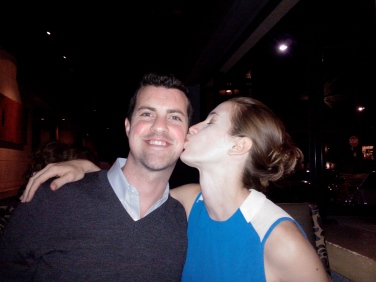 A bad sprain yes it was, a swollen shield so bruised
Laziness was forced upon her, she was not amused.
Hence the girl who would never sit now had no other choice
Propped up on a mountain of pillows, she did not rejoice.

The pina coladas did not console her on her poolside throne
She yearned for her simple life, to regain honor back home.
For who wants to be elsewhere when all is not well?
Vacation transforms into the cruel dungeon from hell.

Britt found solace in words, her chivalrous friends she could trust
She edited her book with her mighty sword pen, kicking up the dust.
Perhaps a jester is more fitting for a girl of this decree
For a princess of the desert, Britt shall never be. 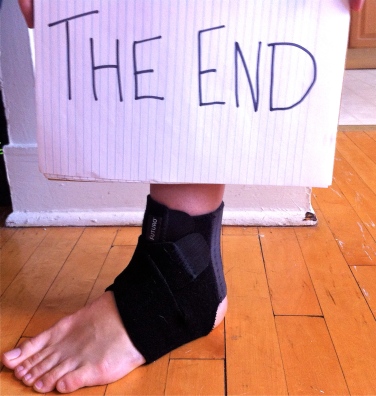 P.S. For those who participated in the bobby pin poll last week, the correct answer is…drumroll please…88! Thanks for playing.

13 thoughts on “Scottsdale: A Bruised Tale”