You know that one classic San Francisco song? The one about if you go, you should put some flowers in your hair?

Well, I am here to make an effing rebuttal.

After an awesome time in Los Angeles, we drove up to San Francisco for a few nights. We did all of the usual things, and paced ourselves so that we could eat as much incredible food as possible. 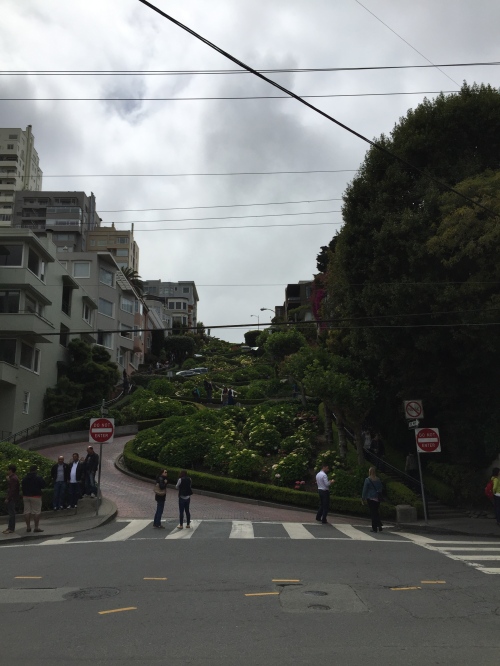 We had clam chowder at a little place on the water, hiding just outside of Fisherman’s Wharf… 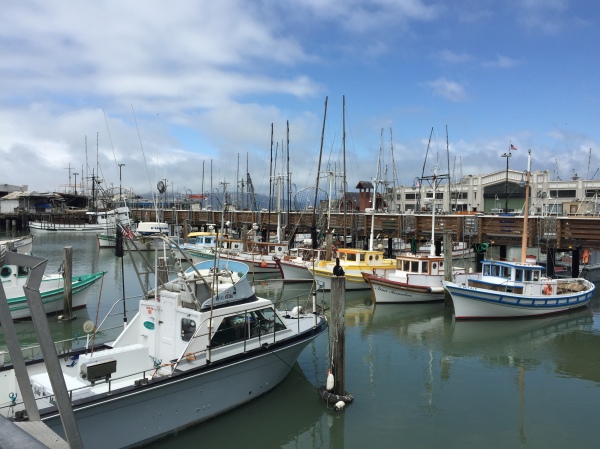 They wouldn’t let us break into Alcatraz (because every tour known to man was sold out for a week), so we did the next best thing…

But, there’s just one problem that happens when you’re on a boat in San Francisco. Hair.

Most of you regulars around here are used to me writing about somewhat deep and meaningful topics about life. You’ve been here with me through my mother’s breast cancer, a cross-country move, and my overall struggle with the writing path I have taken.

Today is about as shallow as it gets. Because I’m going to discuss how damn awful my hair was on that boat.

What was supposed to be a romantic moment on the bay with Mr. H for our 10-year anniversary celebration turned out to be one of the silliest times we had together.

You see, I chopped all of my hair off last year. It was an impulse purchase that stayed with me.

So, I recently started growing out a very short bob with bangs, which is one of the worst things imaginable for any gal. The hair doesn’t really go into a ponytail, but it’s long enough to go in every direction when the wind is just right.

I wasn’t willing to sacrifice my favorite blue hat to the San Francisco Bay gods, so I braved the boat on my own—awkward bob and all. And, now we have the pictures to prove how ridiculous my hair truly was.

So, let’s have some fun!

Leave a comment below to vote for my worst San Francisco hair by Sunday May 31 at midnight P.S.T. I’ll reveal the results next week with a very special blog post. 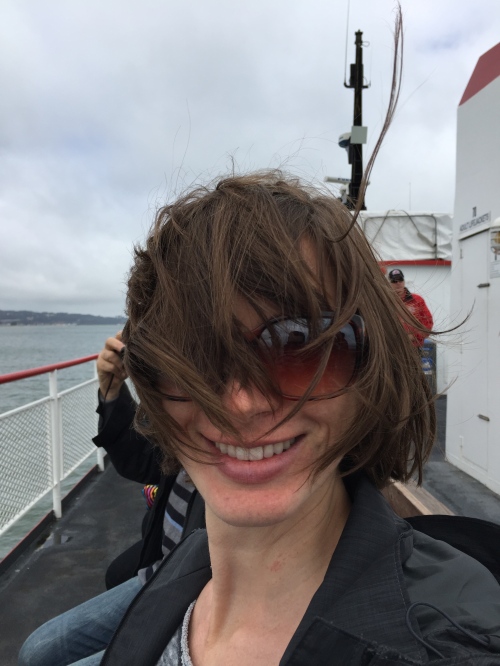 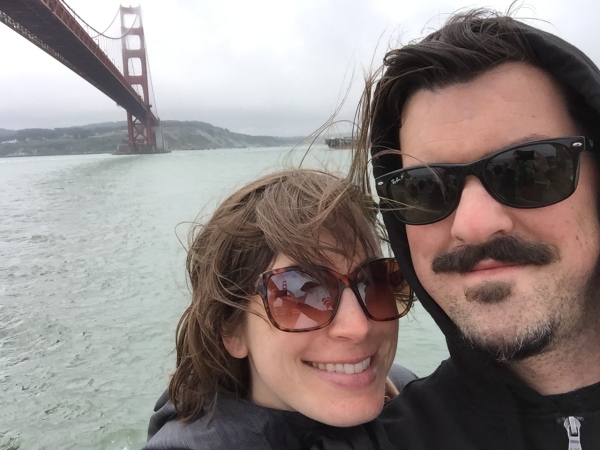 #4  The Flock of Seagull

48 thoughts on “Britt’s Worst San Francisco Hair…and You Get to Vote!”